Getting Started in EZC
Welcome to EZC

General Guidelines for Fighting as a Unit

COMPLETE AIRCRAFT GUIDE
Latest topics
» How do I delete my profile?

EZC vs. other MU's
Battle Watcher

Pfeiffer for President - One last twirl

Pfeiffer for President - One last twirl

Thought you'd like to know. Here on the politics board.

Many people have asked about the coming changes to USWP, there will be more info on that this and next week. I announced earlier than some in the party would've liked, but I did so because it was the holidays and I had little time. Be watching the media.

Now, the true purpose for this article is to quasi-announce that I'm running for President. I decided at the end of last week to do so, as I wanted the final USWP nominee to be someone I felt fully prepared to handle things...and we didn't have that candidate at the time. It's not just a matter of knowing the mechanics, but responding appropriately to the daily minor drama and can balance the interpersonal BS that makes up the majority of our meta these days.

I'd say nearly all of you know me by now. We're a small community and I've been around longer than almost everyone. Everyone having an opinion set in stone about me is probably why I've only been President once, much to the amusement of myself and...well, everyone. Kingmaker never King thing starts out being annoying but really is amusing.

That being said, it's because of these opinions that I put myself forward. The Devil you know, really should be my tagline this month:

I'll address some of our major identity groups, then tell you about the month I'd like to have:

USWP - My family. Not much more to say to you guys. I love you, I'm sorry I'm no longer capable of carrying things on my own. I think that things will come out better after things transition, but it will probably destroy me to watch it happen. Thank you for so many good memories.

Feds - You guys hate me. But in the way you hate that one family member you argue with all the time when your parents/spouses make you go to events you'd rather avoid. You can deny that, but it's true. Many of my oldest and dearest friends are or were Feds, and I began my political journey with you. I understand the politics of your leaders taking shots at me for so long, I perfected that strategy when it was me taking shots at Scrab and Ananais in USWP. No harm, no foul. I'd appreciate your support this month, and thanks to the minority of your forum-goers who voted for me (despite my lack of announcement) in your primary. I'd post on your forum, but I'm banned until 2030 because Orik (being a dwarf) lacks humor.

SFP - Those of you who are actual socialists and not just people who like being loud for the sake of noise...I'm your candidate. This is a game, winning it means maximizing the gains from mechanics, and I've always advocated socialist programs to that end. Sad to see the turmoil you've been going through with the various unstable elements combating your internal 'establishment' in such a mean spirited way, there was a time that the SFP and I got along rather well.

Sheep - You don't like me. I don't like the super loud and angry parts you let lead you. Oh well. I advocated, and advocate, for the lowest prudent taxes...so I mean, you'd probably be better served with me than some others. Hope you all had a nice Christmas.

WTP - If you're alive, hi. Oblige is gonna vote for me, all of you know me, so I'm pretty sure that we're on decent terms. Vote for me, kthnx.

AMP - Glad you're not officially dead. I win though, so suck it Haliman.

EZC - Most of you will vote for the CO. I don't know if he's permanent or whatever now, but a large part of why I jumped in was how horribly he reacted to being called out for politicizing the MU forum, the MU discord, and the MU shout wall. It's disrespectful and beneath the position, and the position needs someone who can act like an adult when necessary. I'd appreciate your consideration, and point to my years of work within the unit and externally to support it with my time and treasure to counter any claims that I'm not really 'of EZC'. I wish I could have not included an MU in a political article, but everyone knows that there are dozens of people who will base things off of MU politics, so...here we are.

Anyone I missed - Yo, join a larger party if you want a shoutout.

literally me in the cool kids discord

Governmental operations will largely carry on as they have done. But that's the case with literally anyone seriously running for President in the last 2-3 years. Probably longer, if we're being honest. So, vote for personality. I'm way more en

tertaining. If you don't love me, you'll love to hate me.

Also, I'll probably give away a bunch of money in articles and whatnot. I mean, I just gave away a couple hundred and still have like 2200 gold...I never spend any because training is free and so it just keeps piling up.

Oh, and I think I'll bring back the 'post butts/boobs/whatever you like' thread on the forum, because that's just enough lewd to get us through the day, and really we need that.

Happy New Year to you all, may it bring many blessings to you and your families. 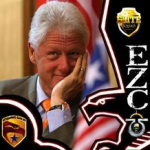 good luck to you sir.